Easier to learn with Digital?

Some of you already know of my artistic stagnation for which changed when I found Uru. I have now had a close encounter of the Digital SLR kind.

I remember the day well at the tender age of 11 being told, by the art teacher to forget art and go and do whatever I wanted for the duration of the art lesson. Added to the problem of low self esteem, I believed him. But I have always being drawn to photography, why I have no idea. Whilst living in New Zealand I never had a descent SLR camera. When I came back to the UK I finally got a Pentax SLR. The camera came without any information on how to operate it and this was before the days of the prolific internet. I tried for years to educate myself but this was made harder by having to use film; costly process for trial and error learning. The thieves that ended up with this camera would have turned a nice profit with all the wildlife photography equipment they nabbed. Shame I was in a block of flats/apartments and neglected the contents insurance. That cut my photography learning short and learned a valuable lesson of insurance.

Fifteen years later: I found the cavern and bought a small pocket camera which served me well. Recently I brought a Canon EOS 350 D DSLR. Yes it was cheap because, well let’s face it 8 million pixels is so last year. Ok maybe a few more years older than that. Anyway it is brand spanking new one complete with case, battery charger and one EFS lens. One problem, the salesman (if you can call him that) forgot to mention the omission of a Compact Flash card, missed out on an extra sale there. The reason is that one has a choice of cards to use, type 1 or 2. Mind you it was somewhat cheaper going through E-bay for that where I got a 4 MB Extreme 3 Sandisk card. Later I will get a 16 MB one for when I go on holiday. 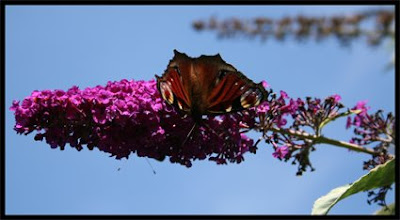 It been a nearly three weeks since I got the card and it has been raining all the time. This gave me the chance to sit down a read the booklet from cover to cover. In a way that booklet has educated me more about Aperture and Shutter Speed settings, among others, than anything I have read previous. I did manage to play a bit the other day. Man I need glasses as I set the camera on landscape for a close up of a dragonfly. I love the auto focus part of the camera, came in handy for that dragonfly. Not needed so much for photographing flowers though. I got a shock to see what size pictures the camera can take. 3456 X 2304 and at 72 DPI that’s about 121 X 80 CM big. That is a big picture!

A few days ago a good friend of mine suggested I use the Flickr site that I set up for the BBC SpringWatch programme. Good Idea I thought so I have started with the first three pictures from the new camera and a few details along with it, yes even the mistakes. My hope is to share what I learn and therefore see the progress in quality (I hope) as I grow.
Posted by Szark at 3:04 PM 2 comments:

Other Blogs of interest.